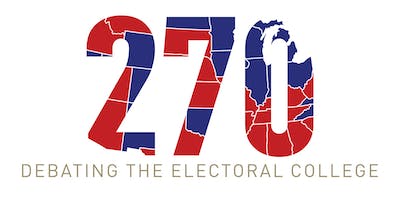 During this free, open event, hear from leading voices in the debate about the electoral college, including Neal Peirce, author of The People’s President, the reigning standard for reforming the voting process, John R. Koza, who drafted the National Popular Vote bill, which has been enacted into law in 15 states, Tara Ross, author of Enlightened Democracy: The Case for the Electoral College, and Trent England, a conservative legal scholar and policy expert. MSNBC’s Lawrence O’Donnell moderates this discussion on whether the electoral college is an essential element of our democracy or an obstacle to it.
Presented by the John Jay Iselin Memorial Lecture, this event is free and open to the public. General public should reserve a space. Please note seating is on a first come basis; an RSVP does not guarantee admission as we generally overbook to ensure a full house.
PANELISTS
Trent England serves as Executive Vice President at the Oklahoma Council of Public Affairs, where he also is the David and Ann Brown Distinguished Fellow and directs the Save Our States project, a coalition dedicated to preserving constitutional federalism. England previously served as Executive Vice President of the Olympia, Washington-based Freedom Foundation and had also directed the Foundation's constitutional studies programs and Citizen Action Network. His writing has appeared in the Wall Street Journal, Christian Science Monitor, Washington Times, and more. England holds a law degree from The George Mason University School of Law and a bachelor of arts in government from Claremont McKenna College.
John R. Koza received his Ph.D. in computer science from the University of Michigan in 1972. He published a board game involving Electoral College strategy in 1966. From 1973 through 1987, he was co-founder, chairman, and CEO of Scientific Games Inc. where he co-invented the rub-off instant lottery ticket used by state lotteries. In the 1980s, he was active in promoting adoption of lotteries by various states through the citizen-initiative process and state legislative action. Between 1988 and 2003, he taught a course on genetic algorithms and genetic programming at Stanford University, where he was a consulting professor. He is lead author of the book Every Vote Equal: A State-Based Plan for Electing the President by National Popular Vote and lead author of the National Popular Vote legislation, which is an agreement among a group of U.S. states and the District of Columbia to award all their electoral votes to whichever presidential candidate wins the overall popular vote.
Neal Peirce became a Washington-based journalist in 1960, working first as Congressional Quarterly’s political editor. He was then a founder of National Journal magazine, wrote The People’s President on the electoral college and the case for its reform, and a series of nine books on “people, politics and power” in the individual states and regions of the U.S., culminating with The Book of America: Inside Fifty States Today. He formed the Citistates Group which researched and wrote in-depth analyses of issues facing 25 metropolitan regions across the country. Peirce also authored the first nationally syndicated newspaper column focused on cities and states, syndicated by the Washington Post Writers Group. He was the lead author of Century of the City: No Time To Lose, based on the Rockefeller Foundation's 2007 Global Urban Summit in Bellagio, Italy, and then became founder and editor of Citiscope, an on-line news service providing coverage, commentary and analysis on the future of cities.
Tara Ross is the author of several books about the electoral college including the most recent Why We Need the Electoral College (2019). As a lawyer and writer, Ross focuses on the intersection among law, public policy, and constitutional history. Her work has been published in several law reviews and newspapers, including the National Law Journal, USA Today, the Washington Examiner, FoxNews.com, and The Washington Times. She is a retired lawyer and a former Editor-in-Chief of the Texas Review of Law & Politics. She obtained her B.A. from Rice University and her J.D. from the University of Texas School of Law.
Lawrence O’Donnell hosts The Last Word with Lawrence O’Donnell at 10 pm on MSNBC. Each night, O’Donnell relies on his extraordinary background in politics, entertainment, and news to provide the last word on the biggest issues and most compelling stories of the day. O’Donnell joined MSNBC as a political analyst in 1996. He is an Emmy Award-winning executive producer and writer for the NBC series The West Wing and creator and executive producer of the NBC series, Mister Sterling. He has written essays and articles for several publications including The New York Times, Washington Post, Los Angeles Times, New York Magazine, People, Spy, and Boston Magazine. He is a graduate of Harvard College.
The John Jay Iselin Memorial Lecture honors 10th President of The Cooper Union, who served from 1987 to 2000. As General Manager and then President of Channel 13, Jay Iselin was largely responsible for making Public Television a vital force in broadcast journalism, originating such programs as Nature and The MacNeil/Lehrer NewsHour.