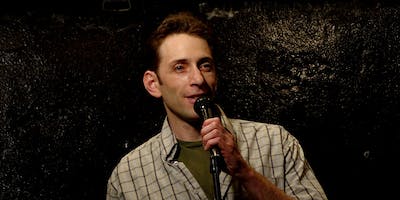 Ben Asher's DoublePlusGood Comedy show brings you comedy that reaches up into your brain with the force of a fist through the nose. Top comics from TV and NYC's major clubs performing long sets on an intimate stage.Free Admission - RSVP for free to be entered into a raffle for prizes and free drinks - The doubleplusgood October 9th line-up includes:Comedians from HBO, Netlfix, Colbert, SNL, the Daily Show, Letterman, the Tonight Show, Comedy Central, and more tbaproduced/hosted by Ben Asher (New York Comedy Festival; StandUp NBC; Iceland Comedy Festival headliner; Caroline's; Catch A Rising Star) -https://www.twitter.com/benasherDoors Open/Seating: 7:30 pmShow: 8:00 pmFree Admission($5 suggested contribution for the performers).($1 College Students suggested contribution for the performers).Every 2nd Wednesday of the month you can hear some of the most talented comics perform long sets, that other shows don't give them the time to perform. DoublePlusGood Comedy is your chance to get to really watch comedians flex their muscles and hit their stride on stage, at Pacific Standard, where you can get the finest crafts on tap and craft food on your table, and craft comedy in your face!At Pacific Standard, 82 4th Avenue, Park Slope, Brooklyn, NYVenue Phone: (718) 858-1951Show info at:https://www.facebook.com/BenAsherComedyorhttp://www.benasher.net/or the Facebook event page -